Lumpy skin disease (LSD) is a viral illness that affects cattle and water buffalo. It has a low fatality rate, but it can cause severe animal welfare difficulties and production losses.

Biting insects, such as certain types of flies, mosquitoes, and possibly ticks, are the primary carriers of the disease. Fomites can also spread the disease through contaminated equipment and, in some situations, direct contact between animals. It is not harmful to people’s health.

Infection usually results in an acute illness with fever, depression, and distinctive skin nodules. There could be a considerable reduction in milk output, as well as abortions in pregnant animals.

LSD’s global dissemination, which was once isolated to Africa, is putting Australia at risk. The disease has spread throughout China and Southeast Asia since 2019. The disease was detected in Vietnam, Thailand, and Malaysia in the year 2021. Indonesia officially confirmed it on the island of Sumatra in March 2022.

Lumpy skin disease (LSD) is growing among cattle, prompting the Sindh government to impose a meat-sale ban across the province to halt the virus’ spread.

Hundreds of cows have died as a result of LSD, and thousands more are infected with a viral disease in Sindh and Punjab, producing a meat and milk shortage in the country.

The exact mechanism of LSD transfer is unknown. Mechanical transmission through arthropod vectors such as mosquitoes, ticks, and biting flies, as well as the movement of infected animals, are the two main methods of transmission. Germs can also spread diseases by contaminating equipment and, in some cases, through direct animal contact.

Read More: Pakistan and Its Battle With The Polio Virus

The illness has demonstrated its potential to establish and spread in a variety of environmental and industrial settings all over the world.

● On the skin around the head, neck, genitals, and limbs, firm, elevated nodules up to 50 mm in diameter grow. Nodules can appear anywhere on the body.

● Scabs form in the center of the nodules, then fall off, leaving big holes that could become infected.

● The limbs, brisket, and genitals may swell.

● Eyes that are watering.

● Nasal and salivary secretions have increased.

● Some animals with the disease may show no indications or symptoms (have the disease but not show signs).

Given the incidents, Pakistan’s Drug Regulatory Authority (DRAP) has approved the import of two vaccines from Turkey and Jordan to contain and prevent LSD in cows and buffaloes.

The rapid spread of lumpy skin disease outside of Africa, where it originated, is alarming. Quarantine limitations are ineffective. The most promising technique of control is attenuated virus vaccination, which was successful in slowing the disease’s progress in the Balkans.

Antibiotics to manage secondary illness and appropriate nursing care are suggested, however, due to the sheer number of afflicted animals in a herd, treatment may be impossible. 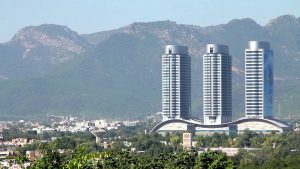